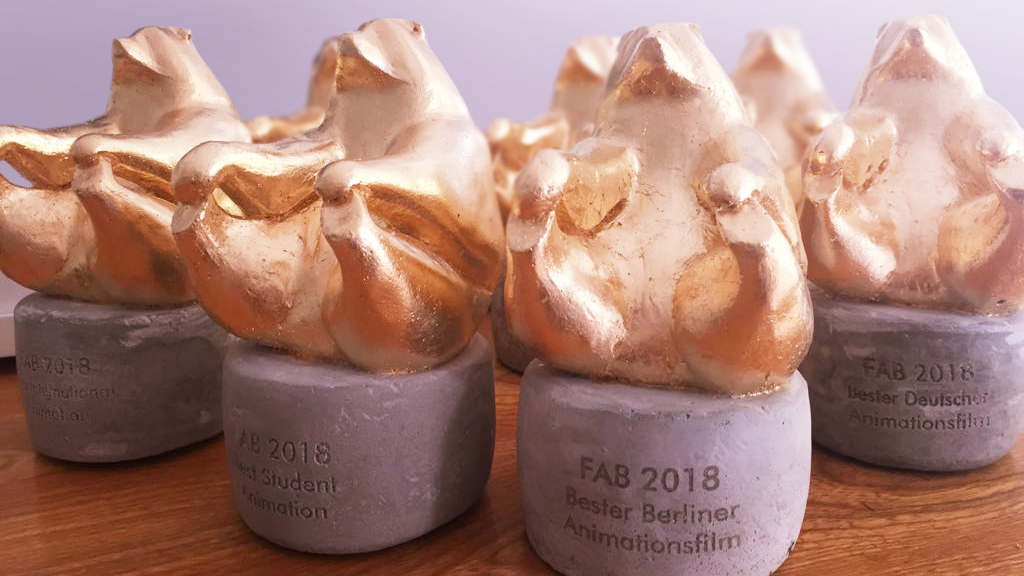 The awardees of this years Festival of Animation Berlin 2018 have been chosen!

The four-person jury who’s members are (left to right) Sonja Rohleder, Tomer Eshed, Sabine Huber and Jean-Luc Slock, has chosen the awardees from all entries of the following competition categories:

Further, the audience had the opportunity to vote for their favorite entries and thus decide upon the winners of the following competition categories: