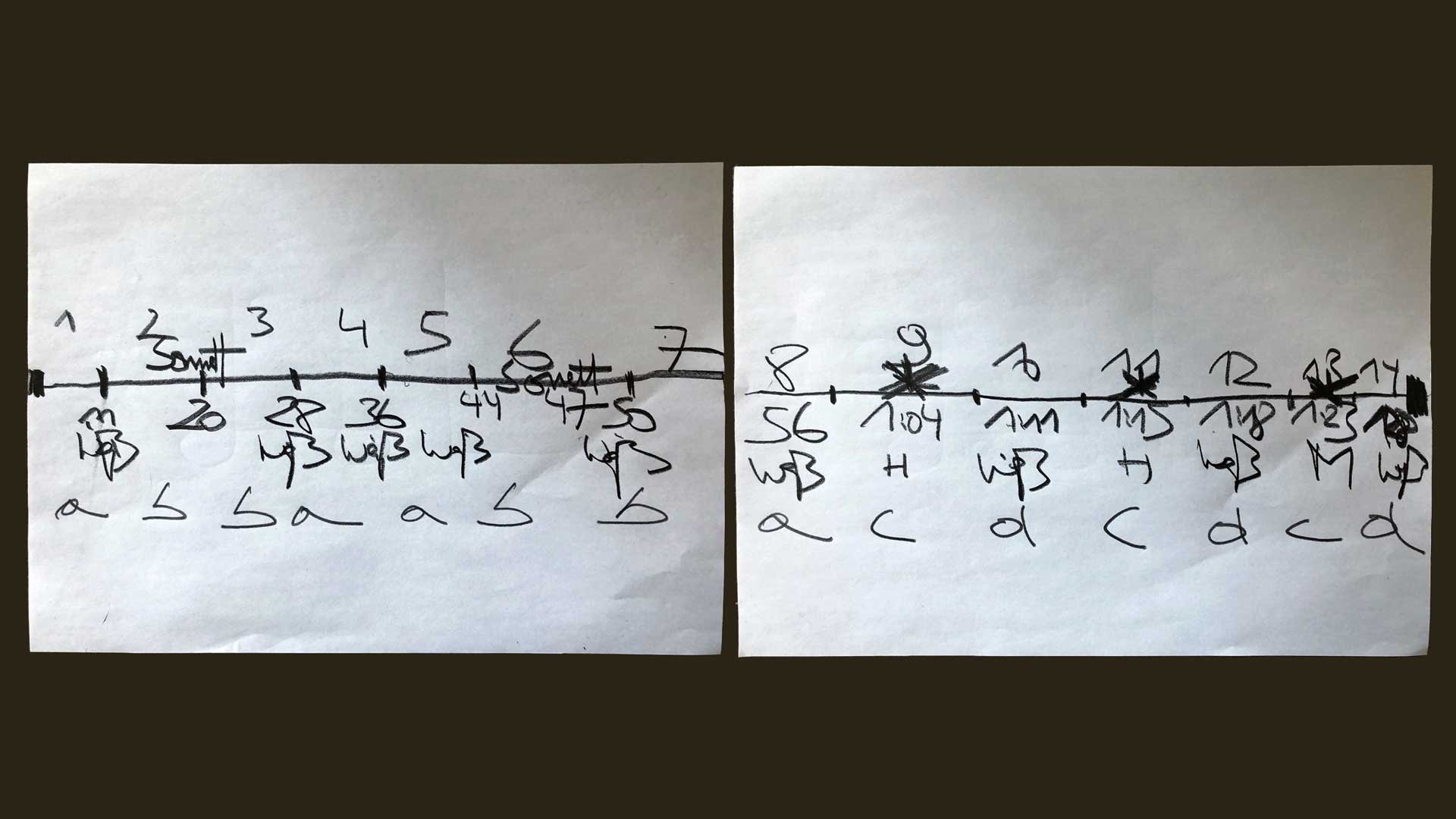 A sonnet is a poetic form of fourteen lines that follow a strict rhyme scheme and specific structure. Most of the times, it is structured into two verses of four lines and two verses of three lines. If fourteen sonnets are aligned to each other, they form a „crown of sonnets“. The last line of the previous sonnet is equal to the first line of the following sonnet. In this process, the individual sonnets become connected one to another, even interlaced. The fourteen sonnets are finally completed by another sonnet which is called the Mastersonnet (ital. „Magistrale“). This Mastersonnet consists of all first (= last) lines of the preceding individual sonnets. Sonnets are written since over eight centuries and remain one of the most popular poetic forms to this day.

In his 15-channel installation „URSONETT: Crown of sonnets or corona sequence“ Frank Geßner picks up on the structure of sonnets and transforms a lyrical form into an audiovisual artwork.
Following his artistic approach, he links the chosen structure with original material, using footage recorded by chance, with fragments and symbols of previous artistic work. This results in a transmedial work of art, containing typefaces of many years of artistic practice, each of them reminiscent of an ongoing or finished project, each font with its very own aesthetic and characteristic. The *-character appears as a symbol of thinking in hypertext structures, as a symbol for footnotes which open up an important forum and discourse for the precedent text, as a symbol for thinking in network structures and also has it´s relation to the gender star that is used in Germany for gender neutral language.
All is based on the very same audio track as a constant pulse for the installation. The audio track – this much may be revealed – has been recorded by chance while working on the project. According to Frank Geßner, it is the cultivation of chance to something new, something different, that stands for true art.