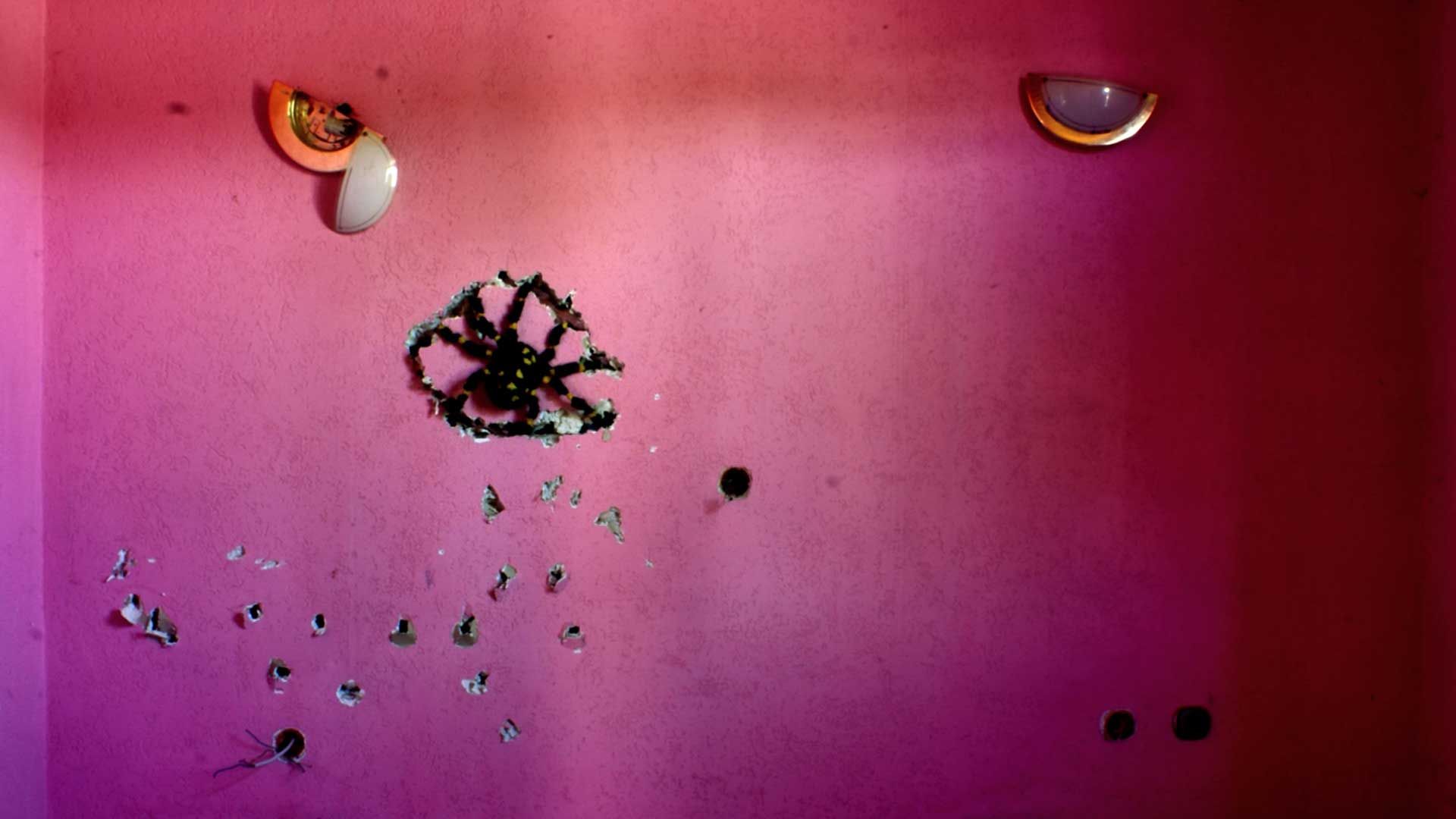 Arachnophobia a.k.a. the fear of arachnids, of spiders, is very common. Approximately one third of people in Europe are afraid of these insects with eight legs. Facing the video installation „Spider“ by Philipp Artus even those who aren´t afraid of spiders in everyday life might have feelings of arachnophobia.

Two oversized spiders indulgently destroy the walls of a house that apparently has been abandoned by its human inhabitants. Their rage is accompanied by intense, clear sounds that set one´s teeth on edge. We consider walls to be massive, consistent, able to separate spaces or to bear the weight of a house. These spiders tear them apart and destroy them without any effort. Their movements even seem playful in the face of destruction. In the end, almost nothing remains from the former surface of an inhabited room except for the substructure that now seems plain. The rooms, once painted in complementary colours, transform to visually aligned spaces. By curating the projections across from each other, the viewer is forced to focus on one wall at a time, making it impossible to watch both spiders in their rage simultaneously. Only on an auditive level – like the image reminiscent of American B-movies – the viewer may capture the destruction of both walls and the rage of both spiders at the same time.

Initially, „Break Through“ was devised by Philipp Artus as a response to the fall of the Berlin wall and the preceding separation of Germany. Apart from this, his installation invite us to reflect on dualism, on real and apparent contradictions and on how we might bridge the gap between opposites.