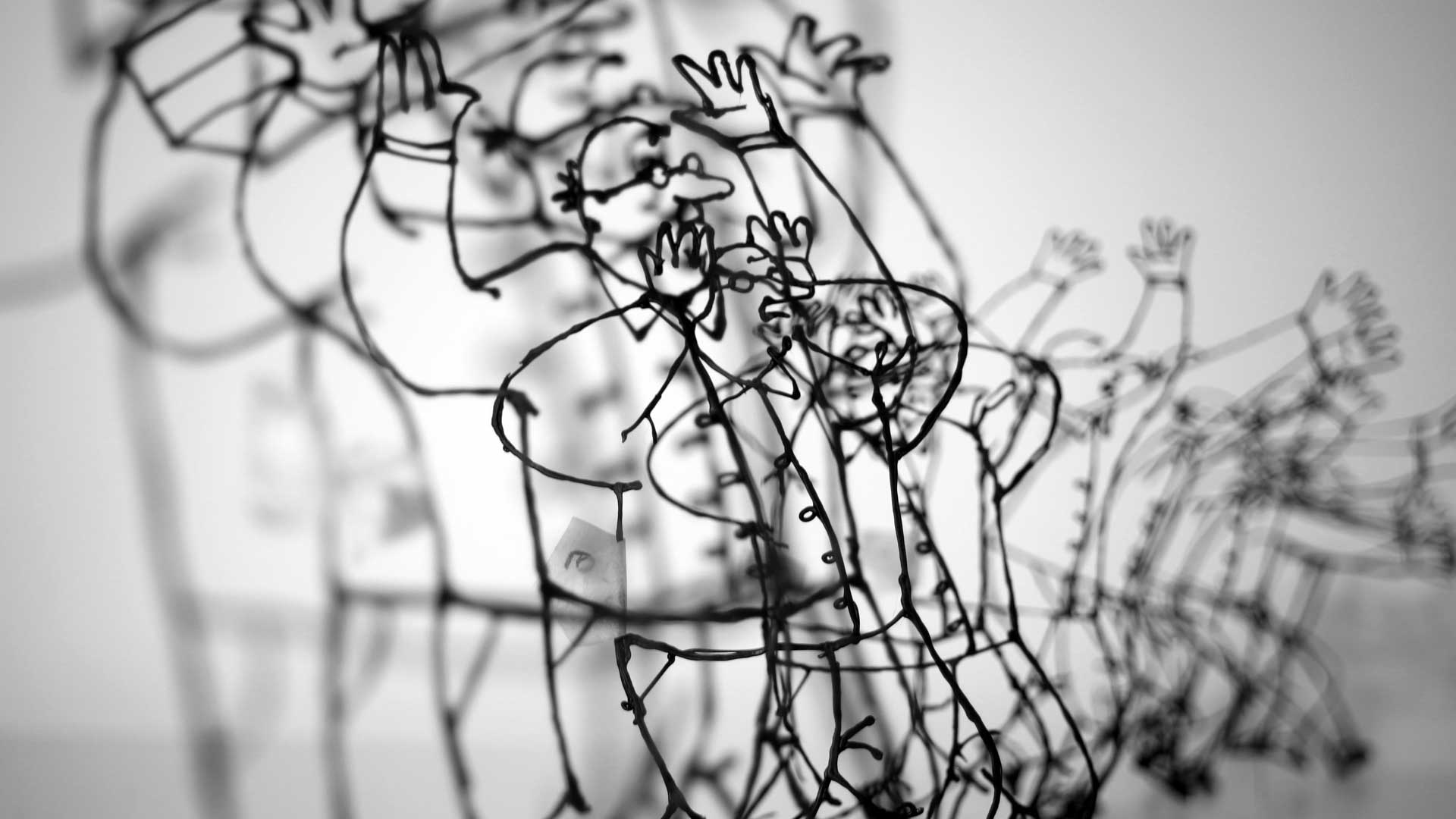 In her artistic work Dina Velikovskaya has continuously reflected the inseparable and essential ties between parents and their children. Her animated short film „About a Mother“ („Pro Mamu“, Russia 2015) has won multiple awards worldwide and shows the everlasting links between a mother and her children with a strong artistic voice in a woodcarving aesthetic. Her recent short film „Ties“ (Germany/Russia 2019) explores her own migration from Russia to Berlin and the geographical and emotional distance that comes along with it. Her protagonist, a young woman like herself, departs from her parental home. Triggered by her decision, the world she left behind starts to collapse and slowly dissolves.

The world of this film consists of translucent, drawn figures and objects. Arranged in three dimensional scenes and photographed frame by frame, the look of this film is fresh and demonstrates a dimensional depth that has earned critical acclaim and attention worldwide since its release in 2019.
A rather mysterious technique on screen at first sight, the figures and objects of the film are painted with a 3D-pen. Dina Velikovskaya has used more than five thousand of these seemingly two-dimensional objects and characters during the production of her film that are, in fact, three dimensional. Exclusive to this exhibition is the arranged selection of shots in diorama-like scenes. Time constitutes the steady pulse of the film and leaves its traces in its very own sense, pulling the protagonist into the space. Spectators are invited to take their own approach to the film and delve right into the scene from their own “camera perspective”.

The short film „Ties“ will be shown on Friday Oct. 9th at 7 pm during the opening ceremony in the „German Animation“ programme.